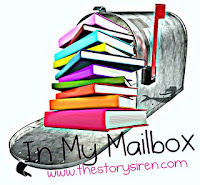 Sensibly, I recently decided not to buy any more books until the new year, what with the promise of shiny Christmas gifts around the corner and all.
But then I had a boring post office errand to run and braved the snow and the wind by telling myself that the charity shop next door always looked as though it had a good book selection at the back. Understatement. The few books of shelves were fantastic and filled with books that didn’t even look as though they’d been opened once, never mind read. At £1.50 each, they were a steal!
I managed to restrain myself to four both because I had to walk back to my office carrying them and because there’s only so many books I can smuggle into the house unseen at any one time… Q_Q  These are the lucky four:

The Big Over Easy by Jasper Fforde
After reading (and loving) The Eyre Affair earlier in the year (reviewed here), I didn’t even think twice before snapping up this one.  I didn’t even glance at the book and was actually under the misguided impression at the time that it was a later book in the Thursday Next series but that turned out not to be the case.  This is instead the start of the Nursery Crimes series and appears to be to nursery rhymes what Thursday Next is to literature, starting with the investigation of the murder of Humpty Stuyvesant Van Dumpty III.  I’m very excited about it!

Starter for Ten by David Nicholls
This is another purchase based on a good reading experience from earlier in the year.  I adored One Day (but have yet to see the film) and reviewed it here.  I eyed up the film-related David Nicholls stand in the Waterstones near where I worked greedily but was always worried that another book wouldn’t quite be the same.  Now that it’s been a good 6 months or so, I think I can risk trying another Nicholls.  Despite its being endorsed by the Daily Mail on the front, I have high hopes and am looking forward to this too!

The Affinity Bridge by George Mann
I recently discovered Fantasy Book Critic and have added a ton of fantasy and science fiction books to my various wishlists as a result.  The glowing review of this one (here) stuck in my head so I was really excited to see it on the charity shop shelf.  As the cover suggests, this is a steampunk/alternate history story featuring a part-mechanised Queen Victoria, a plague that turns people into mindless zombies and a dose of magic – as with the other two, I can’t wait.  Having re-considered it, this will probably be my next read.

The Resurrectionist by James Bradley
This was a random choice made predominantly because it sounded dark and mysterious and I liked the cover.  I’m shallow.  Sue me.  On reflection, though, I’m still glad I chose it.  Amazon describes it as a “sinister and compelling tale of corruption and murder in Victorian England”.  One for a gloomy evening then!  Clearly winter is bringing out my broody side (that I didn’t know I had…).
So that’s what has come my way this week – what’s in your mailbox?
Previous