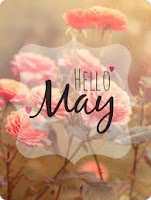 Hey, guess what?  Planning a wedding while working full time is all kinds of busy.  I’ve read very little and I’ve written even less. Well, I’ve written more than I’ve published and I have found not sticking to such a rigid reviewing format a bit freeing but I still haven’t written much. I have sent many emails and spent many hours preparing the perfect set of wedding playlists. I’m honestly finding it pretty difficult to even believe that it’s May. This year has FLOWN by. It seems like no time at all has passed since it was the beginning of the year and I was starting a countdown of months and now it’s about three weeks until I fly to Italy to get married and that, my friends, is insane.
ANYway, onto the books and whatnot.
What I’ve Been Reading

Ok, so not many.  Three to be precise.  I mean, two of them had pretty whopping page counts but even so, three is even less than I’d thought.  I actually finally got round to starting the All Souls trilogy by Deborah Harkness.  I was a bit ambivalent about the first in places but the second was actually pretty great!  I’m planning on picking up the final book in May while I still have some momentum (and because people at work keep telling me to!).  I’m curious to see how the trilogy ends because it’s shaping up to be pretty epic.
After finishing the second, I fancied something a bit shorter and I picked up a short story collection during the Cosy Reading Night and, despite not having got much from short stories in the past, really enjoyed it!  The collection, New World Fairy Tales by Cassandra Parkin is a set of fairytale retellings that stick to the darker tone of the more adult Grimm fairytales than the Disney variety.  I spread them out a little bit and read them over a few days.  The writing style varies in each story as the fictional interviewer meets new people. It’s pulled off seamlessly and the overall effect was really memorable.  I’ll be keeping an eye out for more of Parkin’s writing.
Book of the Month:  New World Fairy Tales by Cassandra Parkin
Other Favourites! 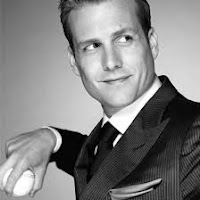 TV Programme of the Month:  The fifth series of Suits came out recently on Netflix and even pacing ourselves we flew through it.  The fact that I spent many meetings telling people that no, in fact my job is nothing like Suits notwithstanding, I love this series.  Not least because Harvey Specter is delightful.  This series wasn’t exactly my favourite so far but having episodes I haven’t yet seen back in the world was a treat.
Film of the Month:  I was all geared up to say that I hadn’t watched any films this month.  I haven’t watched any new films perhaps but I have re-watched Harry Potter and the Philosopher’s Stone as part of my best friend and mine’s efforts to re-read and re-watch all of the series before we see the play in August.  So that’s my favourite by default (even though that’s really playing it down because I flipping love the series, obviously).
Recipe of the Month:  I’ve previously rambled about Rick Stein’s Long Weekend book and have recently been loving a clam and prawn dish that’s apparently local to Cadiz.  It’s super easy and basically involves cooking garlic and parsley and some rice and cooking it in fish stock before loading it up with parsley.  I’ve made it probably three times and its been equally delicious every time.  If you want to give it a try, you can find the recipe here.
Beauty Product of the Month:  I had a Guinot facial a few weeks ago as part of my pre-wedding preparations and it was the nicest.  I’ve been using a Guinot Radiance Renewal cream ever since that’s so soothing and really does make my skin brighter.  It’s pricey but it smells incredible and I love it.
Album of the Month:  I’ve liked James Bay’s singles but have never actually listened to his album, Chaos and the Calm.  His voice is so nice to listen to but also surprisingly peppy.  I feel like I need to get to know the album better, hence this paragraph being a little brief and nonsensical, but I figured it was worth a mention at least!
Activity of the Month: My hen party was in April and it was perfection.  My sister and best friend did an incredible job of picking out a weekend that was just what I wanted (I didn’t know anything about it).  We stayed in Helmsley and we played silly games, we went to a spa for a few hours, we chatted about all sorts, we ate in a restaurant I’ve wanted to eat at for years (that absolutely lived up to what I wanted), we had afternoon tea, we made bath bombs and we watched a couple of films.  I may have suffered from a couple of hangovers but it was honestly the best treat and I can’t wait to get to repay the people who put it all together at the wedding!  Soppy but true 🙂
I’d love to say that May will hold more reading for me but I doubt it!  June, however, will see us spend two weeks on our honeymoon and I very much intend to spend that relaxing, eating and reading so if May isn’t exactly page-filled, I have high hopes for June!  How is your Spring time shaping up?