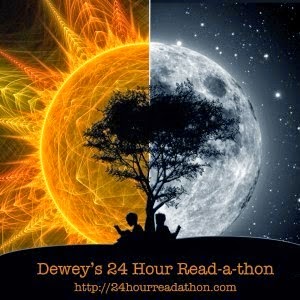 Yesterday evening got taken over when we finally made the decision to abandon Amazon’s efforts at a streaming service and signed up for a free trial of Netflix.  I won’t start my rant but Amazon Prime became a mixture of stuff that was included within the monthly fee and seemingly much, much more stuff that you could watch if you paid ludicrous additional fees.  No, thank you.  I think I’ve had a LoveFilm account for about 8 years so it’s a shame that it got taken over and ruined but never mind.
Anyway, reading!  I really enjoyed the 45 pages that I read of Cruel Summer before I got distracted for the night and then headed to bed.  This morning, I’ve read about 10 pages or so of Black Feathers by Joseph D’Lacey – I’ve been reading it for a couple of weeks and it’s a big of a slog if I’m honest.  I like the idea and the writing but the pace is slow and thoughtful most of the time so it’s not an easy read.  BUT my Kindle tells me that finishing it will take 1 hour 24 minutes so I’m going to try and finish it this morning.  We’ll see how that goes…Cruel Summer is staring at me…

And so another read-a-thon comes to a close.  I’m actually delighted with the amount that I read, even though I realise how little it will seem to those that managed to stay awake for 24 hours!  Mostly, I’m glad that I’ve finished Black Feathers.  When I logged it as ‘read’ on Goodreads, it turned out that I’d actually been reading it for three weeks.  It was ok but quite abstract.  Clever in a lot of ways but not what I’d call a relaxing read!  There were a few bits that I had to skim as too gory and dark too, which isn’t always a great thing.  It reminded me a lot of The Gunslinger by Stephen King, actually, and I wasn’t overwhelmed with love for that – maybe it’s one for fans of Stephen King’s more horror-focussed writings.

Anyway, all in all, this was a successful read-a-thon even if only because it reminded me that some of the best afternoons are those where you just hide away from the world with a good book and some delicious treats.  We’re off out in a few hours to see Gone Girl and I have some bits around the house to do before then so this’ll be a slightly hasty wrap-up before I get to the congratulatory blog hopping this evening.  In the meantime:  I hope you all had the BEST read-a-thon 🙂

1.  Which hour was most daunting for you?

None – I wasn’t ever planning on powering through the full 24 hours and was instead just focussing on reading more and enjoying a bit of time dedicated to books.

2.  Could you list a few high-interest books that you think could keep a Reader engaged for next year?

Poison by Sarah Pinborough was a super easy read and surprisingly entertaining so I recommend that (or others in the same series, probably).  There were some rather awkward sex scenes that were less than stellar but there were some neat twists on the ‘traditional’ Snow White fairytale that saved it.  The ending, in particular.

3.  Do you have any suggestions for how to improve the Read-a-thon next year?

None at all – it all seemed as excellent as ever to me!

4.  What do you think worked really well in this year’s Read-a-thon?

I always think the Twitter support is fabulous and this year was no exception.  It makes me feel as though I’m still taking part in something global, even when I feel as though I don’t have the time to roam around blogs or take part in the challenges if I want to get any reading done.

I read one whole book and bits of two others.  I finished two though so that’s a win.

6.  What were the names of the books you read?

I finished Poison by Sarah Pinborough and Black Feathers by Joseph D’Lacey.  I read about 45 pages of Cruel Summer by James Dawson too.

7.  Which book did you enjoy most?

Even though I didn’t read much of it, Cruel Summer by James Dawson.  It’s been mostly set up so far but it’s surprisingly nice reading something written by an author that’s from West Yorkshire, England (where I live) – it’s comforting (or as comforting as something can be in a thriller…) reading phrases and terms that I’m used to and having British pop culture references scattered about.  I guess I’d under-estimated how many books I read written by American writers.

8.  Which did you enjoy least?

Definitely Black Feathers by Joseph D’Lacey, for the reasons I’ve already grumbled about.

9.  If you were a Cheerleader, do you have any advice for next year’s Cheerleaders?

20.  How likely are you to participate in the Read-a-thon again? What role would you be likely to take next time?

Pretty damn likely!  As a reader, definitely.  Every time, I delude myself into thinking that next year might be the year that I try the 24 hour thing.  Then every time I remember why I just don’t think it would be wise.  But I’ll definitely take part in my usual slightly half-arsed way just because it’s nice to be part of a bookish event that’s so big!  Let’s end on that warm fuzzy note!

If you took part, I hope you had an amazing time.  Drop me a link to your wrap-up and I’ll do my best to get visiting this evening once I’ve caught up with the rest of my life!
Previous