I don’t tend to make many resolutions.  I usually have things that I’m trying to work towards or goals but I never seem to stick to “proper” resolutions and I’ve stopped making them over recent years.  This year, I’ve spent the last couple of days mulling over a few habits that I want to change and some behaviours that I want to make stick so here they are.  Some are bookish and some aren’t but all are things that I think are achievable and are things I feel I can stick to.
1.  Read an average of one book per week (or really just make more time for books)
I’ve been busy at work this year and my reading has taken a bit of a battering in favour of idly watching Netflix in the evenings because it’s easier on my tired old brain.  While I am in no way being disparaging about television, I’d like to spend more quality time reading quietly and less time watching comedy repeats of things I’ve already seen.
2.  Write something in my journal once a day
Even if it’s just a quote I like or a word that sums up my day, I want to make an effort to spend just 10 minutes in every day scribbling down something about how I’m feeling or an idea that I’ve had or whatever.  December was busy and I didn’t write as much as I’d have liked.  I’m not beating myself up about that or anything because December seemed to pass by in a blur of Christmas parties, wine and cheese and it was wonderful but January will almost certainly be much quieter so it seems a good time to get this habit firmed up.  I have plenty of lovely coloured pens and washi tape and stickers and I want to play around with format a bit.  I’m not necessarily the most creative when it comes to doodling or sketching but I just want to make my journal something prettier than pages of my tiny handwriting.
3.  Read at least 2 books from the Wheel of Time series
I read the first two books in 2015 and I’m itching to carry on.  The Dragon Reborn is up next and it’s one of my favourites from the series.  After that is where it gets a bit challenging because the fourth instalment, The Shadow Rising, is a whopping 1,006 pages and is one that I remember being a bit less action-packed on my first reading.  I obviously know that the next books return to form but that one might need a bit of effort.  Reading this series makes me happy so this might seem a bit throwaway but I really want to see how the characters’ stories ends and this focus will help make that happen.
4.  Do some form of exercise at least 4 times a week
I tried out a few classes at my new gym near where I work before Christmas and was surprised by how much I actually liked them and felt challenged by them.  I’m usually “a runner” but I’m injured and not running has been…unpleasant (Ellie at Lit Nerd wrote a post about not running that sums this plight up perfectly HERE).  Finding an alternative form of exercise that I enjoy has been a bit of a Godsend.  I’m hoping to do 3 classes (one Body Pump, one Spinning and one ‘Legs, Bums and Tums’) during the week and then to do something outdoors every weekend.  Not necessarily a run but at least a walk or gentle bike ride for some fresh air. 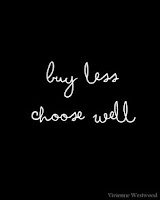 5.  Buy less
This doesn’t only apply to books but to Stuff generally.  Coffee, for example.  I usually head in a Starbucks/Caffe Nero direction once or twice a week but I got a coffee maker for Christmas and I want to use that instead and get into the habit of topping up my travel mug before I head out in the morning.  I want to buy fewer books and read some of the many, MANY books that I have stowed in the loft (which will be easier when we’ve put the reading room/study together later this year).  I want to buy fewer items of clothing, or at least sort out what I have before I do.  Really, I just want to think a little more before I spend this year.
6.  Post on Lit Addicted Brit once a week
When I’m busy, this is the first thing that can fall by the wayside, which is a shame.  I’ve been trying to change how rigid I am in my approach to blogging recently and my posting pace has picked up so I think the key is trying less to post reviews in the order I’ve read books, to accept that I probably won’t be able to review everything I read and to mix in posts that are personal or generally easier to write than reviews.  I need to cut myself some slack, basically and remember that this is supposed to be fun, not a chore.
Do you have any resolutions for 2016 or any habits that you want to try to cement?  Any bookish or blogging goals that you’ll be focussing on?
Previous