HURRAH!!!
It’s taken a tremendously long time coming (during which time I have become increasingly poor as company because I’m too excited) but on Saturday morning at the ungodly hour of 4.00am I’m going on holiday!! 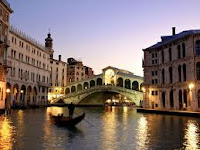 The lovely boyfriend and I are off to visit the equally lovely (I hope…) Italians and doing a kind of mini tour including Venice, Florence and Rome and anywhere else that tickles our fancy while we’re there! 🙂 I am beyond looking forward to it…

Obviously, I have been trying to narrow down some book choices over the past couple of weeks and have been intermittently panic buying in case I’ve missed some glorious tome that will make my holiday complete!

Specimens that are among those that have made it on to the eReader “shortlist” (please don’t be deceived, there is nothing short about it…) are:

The Name of the Wind by Patrick Rothfuss

The Knife of Never Letting Go by Patrick Ness

One Day by David Nicholls

And that’s a sample of those that I have added to it this week…already gathering eDust were, by way of a very brief example:

The Lacuna by Barbara Kingsolver

The Count of Monte Cristo by Alexandre Dumas

So you see, I thought I was all big and clever for having a nifty piece of technology that allowed me to take vast amounts of literature around with me but really all I’ve done is defer the problem…rather than currently being sat on my bedroom floor conducting a complex ranking exercise, I’ve bombarded my little eReader with all kinds of stuff I might want to read until the poor little guy doesn’t know what to do with himself!

If you have any recommendations from the above or, heck, any other recommendations, feel free to make them – be safe in the knowledge that you really can’t make my quandry any worse than I’m making it for myself!

And on that note, I bid all of you lovely readers farewell until the 20th of May!

Review: 'Ghost of a Chance' by Rhiannon Lassiter

Back with a hop!